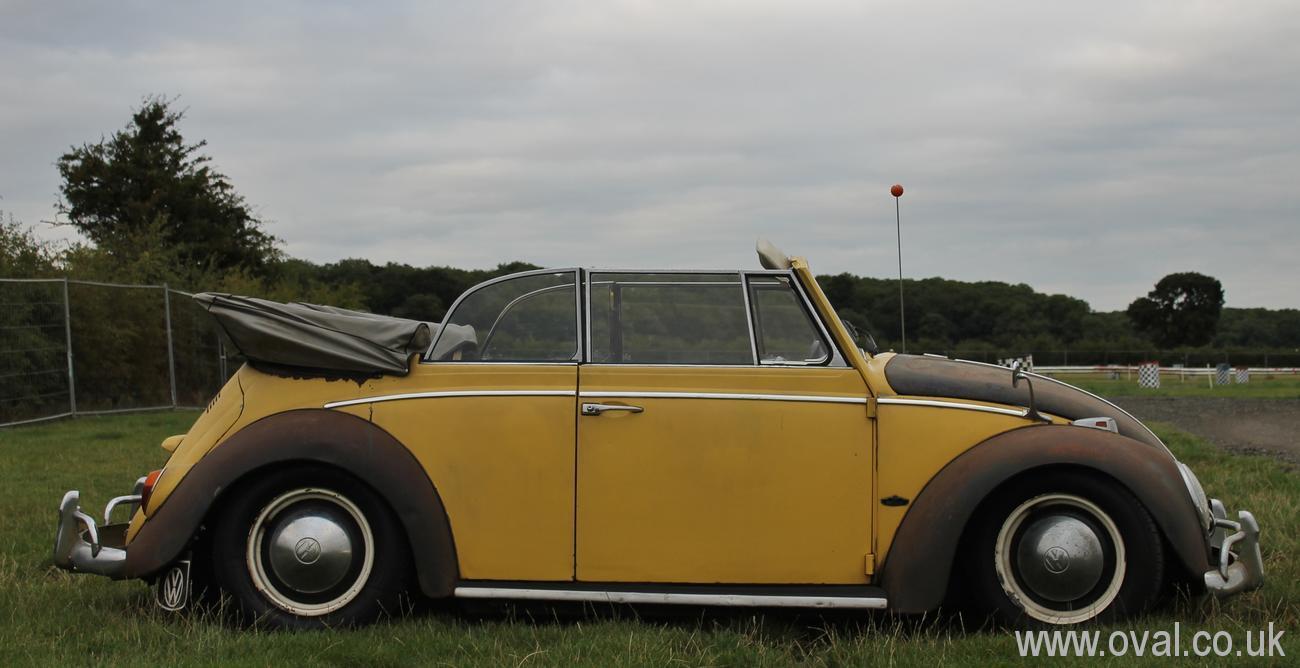 Its a US Import.

It was stolen in LA, California in the late 1980s and then recovered it was given a California State replacement chassis number by the DMV.

It was registered in the UK in 1990 by an M Gorner of Chalfont St Peter.

Someone I once knew went to look at it but didn't buy it. But took these photos..

However, I saw it for sale in Volksworld Magazine over Christmas 1996 and went to take a look ...

I drove it home on January 6th in the snow with the roof down.

She became a daily driver for a while, but the hood just leaked too much to leave her outside...

We were moving house so in 2006 so she was dug out and MOTd in the August..

I changed the front wheel cylinders and she passed her MOT... She may have been lowered in this period too..

July 2008 She went for another MOT and was used briefly..  She was running rough and HOT...

September 2013 ... Time for another MOT... yes I know... she doesn't come out very often... but I had some things to put back together first... as I had started to pull her apart over a year previously...

Still running rough... The old fuel was blamed... it wasn't that..

Gone, but not forgotten.